During the month of November, TME Education ambassador in Kenya, Kelvin Kangethe, conducted workshops at Uwezo College and Machakos University, both located in Machakos county. The ambassador visited Uwezo College for the second time.
The workshop was attended by students from the electrical and electronics department. The training focused on equipping the participants with practical hands-on skills in the field of electronics. Some of the topics that were covered, included an introduction to components and devices like LEDs, resistors, capacitors and diodes. It also included using measuring instruments like the digital multimeter and building electronic circuits on a prototyping board, the breadboard. One of the interesting practical cases for the students was using a relay to drive loads. The participants gained basic circuit analysis skills and troubleshooting tips.
At Machakos University, the ambassador conducted training for the TME Education Arduino Club members. The club, an initiative of TME Education, started in April 2019, after the Arduino day 2019 event, which was hosted at the university.
The club attracted over 40 students from the School of Engineering and Technology.
A majority of the members hadn’t had prior experience with Arduino and microcontroller programming. Therefore, the ambassador started with the basics of the ATMEGA microcontroller hardware structure and Arduino IDE software.
The workshop consisted of both simple and advanced practical demonstrations using TME-Edu-Ard-2. To equip the students with relevant knowledge it was required to program microcontrollers using C & C++ language, the ambassador covered useful topics like Arduino programming, logical operators and Arduino loops i.e. ‘for loops’, ‘do while loops’ etc. This was followed up by practical building sessions conducted in smaller groups.
To make a programming concept easier for beginners to understand, the ambassador utilized a flow chart form diagrams, enabling the participants to have a reference point when writing a piece of code. The ambassador will resume training in the university in the next academic year. 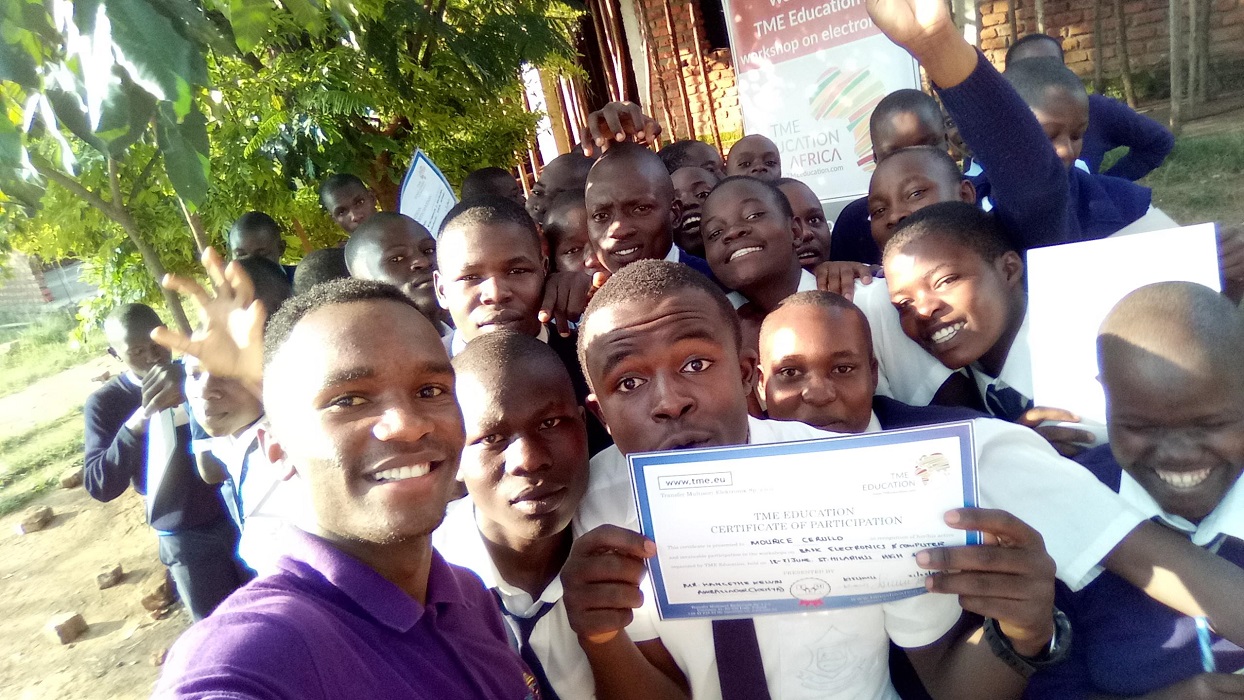 TME Education Electronics Club – a makers space for students in Mtwara,...
Arduino birthday! Let's celebrate it together in Uganda!
Report: Staff training at St. John Paul II Technical Institute in Kakooge,...
TME Education Kenya Report: Catholic Technical Training Institute
Report: TME Education Training at Bitame Lucia International School during...
The importance of education - when a society and a unit grow as one.
The e-mail has been sent