The month of May was a fruitful period for TME Education Mozambique as the project’s ambassador, Frederico Zile, conducted workshops at two institutions parallelly.
He started with the workshop at the Polytechnic Institute of Management and Entrepreneurship, with students of the Industrial Electricity course and students of Informatics and telecommunications both from the 2nd year. The Polytechnic Institute of Management and Entrepreneurship is located the district of Matola in the province of Maputo. The institute trains students in various courses. The workshop was attended by 40 participants. The group was split for morning and afternoon sessions. Although the students were in the last year of their education, they had no previous contact with the practical aspect of their majors. The classes were prepared in order to reconcile with the theory and implement it in real-life projects.

The initial classes were dealing with concepts related to electricity, voltage, Ohm’s law, passive, active and semiconductor components. For this, they used The Practical Guide to Electronics. Finally, though microcontrollers, they moved to Arduino-based TME Edu Kit. Both, students and the management of the school, were quite enthusiastic about the workshops since the institution doesn’t have properly equipped laboratory at its disposal.

Parallelly to the workshops given at INATEC, Frederico also started with Workshop at the Industrial and Commercial Institute of Matola. The institution created in 1979 was the first technical school in the province of Maputo. At the time of its creation, it was just a basic technical education school. Today it is a medium-level technical training institute, currently in a phase of transition to modular courses like all technical schools in the country.

The Industrial and Commercial Institute of Matola, IICM, is a public institution that trains technicians in the commercial and industrial area, where courses such as mechanics, electricity, chemistry and accounting are taught.
The workshop had been given to the students of the Industrial Mechanics course. As the training attracted also students of the other courses, Frederico had to make a second class with students of the Industrial Electricity course. Both classes were composed of the students of CV5, which corresponded to the last level of the courses.
The workshop started with the presentation of TME Education using the project’s YouTube channel. Then students were introduced to basic concepts of computing, microcontrollers and finally the Arduino platform. Frederico proceeded with a presentation of the Arduino board from TME Education and its peripherals.

The students were fascinated with the demo program of the board, several jokes were made as a way to familiarize the audience with the board’s sensors. In the following weeks, they studied Arduino programming. The workshops were given 3 to 4 times a week. 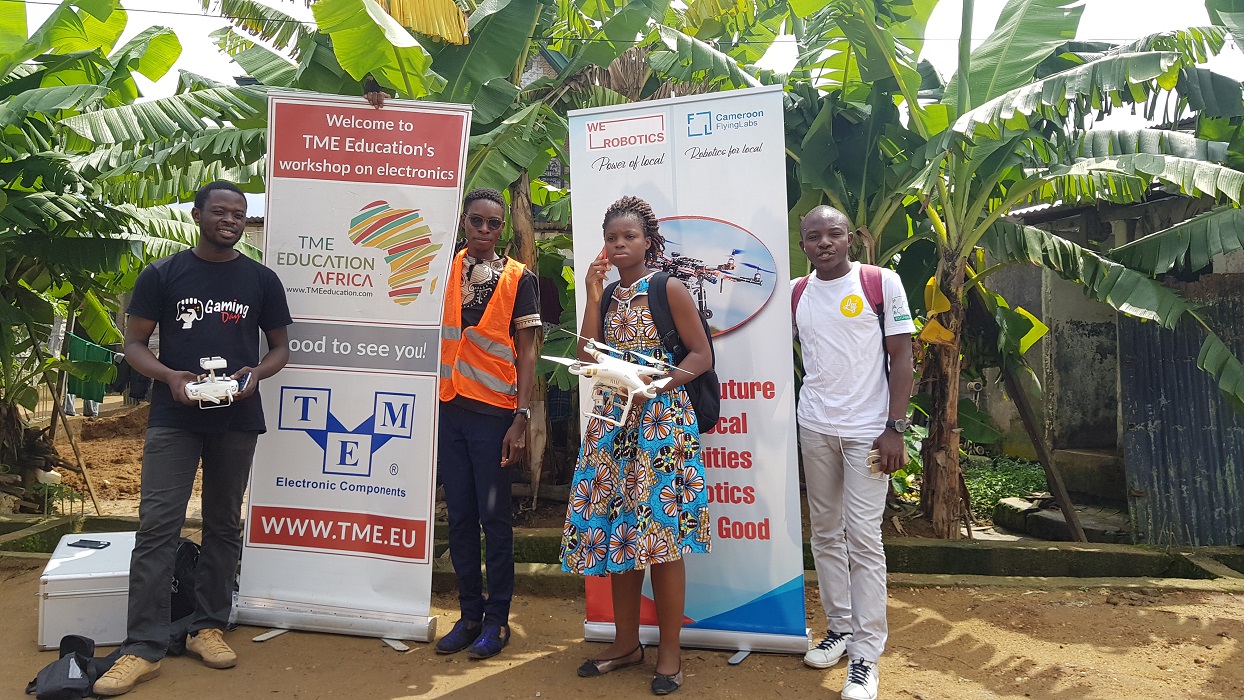